In Memory of Kim Cameron

Kim Cameron's Laws of Identity are a foundational work in online identity. He used his technical knowledge and position to advance the state of online identity in countless ways over multiple decades. We will miss him.

I got word early last week that Kim Cameron, a giant of the identity world, had passed away. I was shocked. I still am. Kim was one of those people who played such a big role in my life over so many years, that it's hard to imagine he's not there any more. The week before we'd been scheduled to talk and he'd canceled cause he wasn't feeling well. He wanted to talk about verifiable credential exchange over OpenID Connect SIOP. He was still in the trenches...working on identity. I'm sad we'll never get that last talk.

I had met Kim and talked to him at several identity conferences back in the early 2000's. But my relationship with him grew into friendship through Internet Identity Workshop (IIW). We held the first IIW in October 2005. Along with many others, Kim was there to talk about his ideas and plans for identity. He'd already published his Laws of Identity and was working on a project called Information Cards.

At that first IIW, we went to dinner at the end of day one. The idea was that everyone would pay for their own meal since the workshop hadn't collected any money in the registration for that. Kim, with his typical generosity, told everyone that Microsoft would buy dinner...and drinks. Later he confided to me that he wasn't sure Microsoft would really pick up the tab—which turned out to be surprisingly large because of the alcohol—but he'd make sure it was covered either way. That started a tradition. Microsoft has sponsored the workshop dinner at every in-person IIW we've held. Not only with dinner, but in countless other ways, Kim's participation and support was instrumental in building IIW over the years. 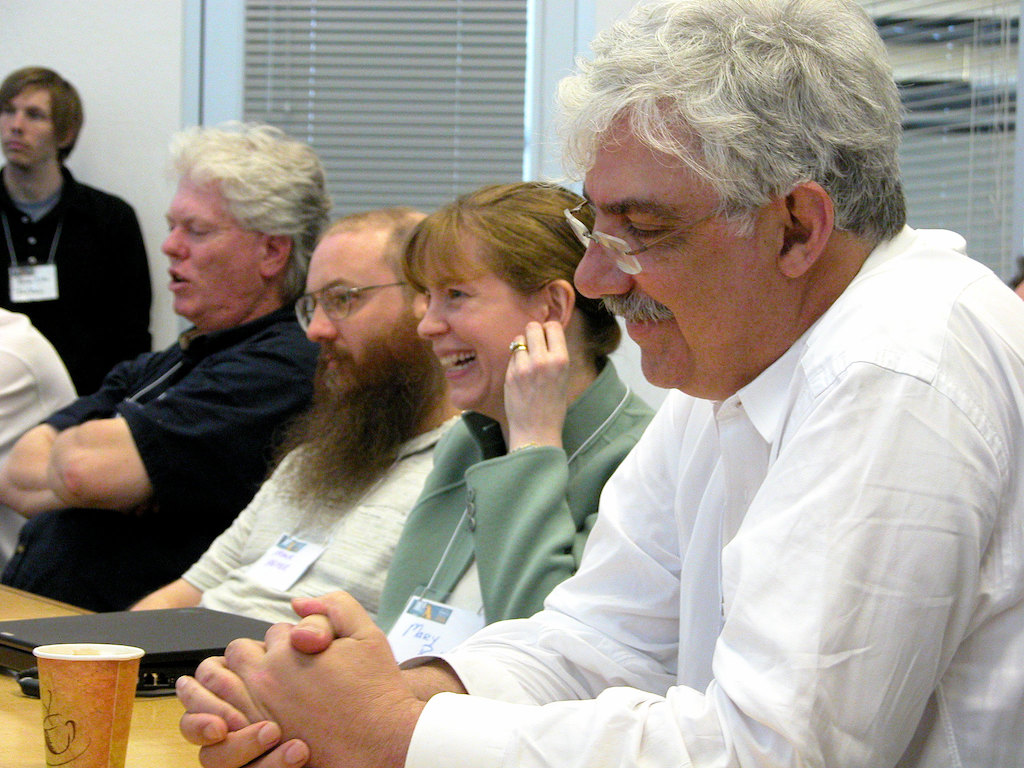 Over the last several years I've remarked several times that Kim must be a being from the future. With his laws, Kim was telling us things about identity in 2004 that we weren't ready to hear until just the last few years. Kim not only saw the need for a set of laws to govern online identity system architecture, but also foresaw the need for an identity metasystem on the internet. Whether you view the laws as leading to the metasystem design or springing from it, they are both necessary to a future where people can live rich, authentic online lives. The laws are Kim's legacy in the identity world.

Kim's technical excellence got him a seat at the table. His position at Microsoft gave him a big voice. But what made Kim effective was his gentle approach to technical discussions, especially those he thought might be contentious. He listened, asked questions, and guided discussion. As a result of his leadership we made progress in many ways that might not have otherwise happened. The identity world will sorely miss his leadership. I will miss his company, learning from him, and, most of all, his friendship.

Other tributes to Kim can be found in these links: