Ambient Connectivity and the Internet of Things

Until we solve the problem of connectivity, the real potential of the Internet of Things will remain out of reach. 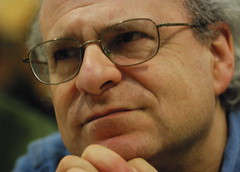 A while back, I heard someone say "the Internet of Things will happen once we have IPv6." While I understand the sentiment, we need to get away from NAT'd devices, IPv6 is not, by itself, sufficient to make the Internet of Things take off. We could talk about a lot of missing pieces, but Bob Frankston is talking about one that seems very fundamental: connectivity.

Bob's article makes an interesting point: we assume that we connectivity is something we buy from an ISP or the phone company, but there's nothing that says that has to be so.

In a sense the Internet is similar to other transitions. Railroads were transformative because they enabled commerce over a distance but, over time, became captive to the accidental properties of the rails and rolling stock and the attendant business models. We are able to "conquer distance" using facilities such as roads and sidewalks. Such facilities differ from railroads in that value accrues to society as a whole rather than having an owner which is required to limit access in order to make a profit.

Today we would say that railroads were TaaS or Transportation as a Service as opposed to DIY transport in which we walk or use whatever means are available. TaaS would be a rent-seeking model that can only provide transport to destinations that would generate revenue to the provider.

Traditional telecommunications is CaaS (Communications as a Service) and its history mirrors that of the railroads to the point that the FCC is modeled on the agency that regulated railroads. The implicit assumption is that we must have a railroad-like system because in the days of the telegraph, analog telephony was very much like a railroad with a service provider assuring reliable delivery.

And the Internet, going back to the days of the radio packet networks, has shown us how to do our own communicating using any means available. We understand how to take advantage of opportunities and don't require ordered or reliable delivery. What we do need is an economic model that doesn't require a direct relationship between the user (or application) and the parties along the path who may be assisting in the transport of packets. This is more like a sidewalk assisting walking than a railroads notion of assistance as a service.

It's not just about money --- relying on a third party for one's name as in the case of the DNS is also a problem. But the economic model is the gating factor because it's hard to workaround a rent-seeker who owns the path and who must make a profit if we are to communicate at all.

We think of telecommunications in terms of the services provided --- telephony and television being primary. But now that all content is converted to bits and we can use services from others (VoIP, Hulu, Apple TV, HBO etc.) as well as services we create ourselves.

In this formulation everything is reduced to charging us to exchange bits. No wonder it's so important for the carriers to make sure that all the access points are locked down. If the carriers are to charge you for exchanging bits they must first prevent unbilled bits from passing.

The idea that a carrier must prevent bits from flowing isn't obvious because we've been taught it is difficult and expensive to exchange bits. And that was true in days of analog signaling. But think about your home connectivity --- you pay nothing per month (within the home) and a gigabit switch is a very inexpensive purchase. That's because we allow Moore's law to work where we have ownership. It doesn't work when we have a rent-seeker setting the rules.

Yet we accept this because we treat the web as if it were provided by the carrier rather than something we do with available connectivity. As long as high value services such as accessing web sites, video, commerce etc. seem to work then everything seems fine. If anything we want more of the same which translates into asking for faster and faster Internet.

Bob calls one alternative ambient connectivity. The problem with the current rent-seeking, charge-for-bits model is that it blocks the Internet of Things more assuredly than technical problems like NAT'd addresses ever will. Just try getting connectivity in your garden, for example, to install monitors for water. It's not easy, but for the Internet of Things to thrive, it will have to be. We wave our hands and blow this kind of problem off as "it will get better" but I'm not sure it will under the current regime.

Bob says "We've gotten so much value out of what we can do using existing subscription paths, as with our computers at home and our smartphones, we fail to see how much more is possible." And this is, indeed, the problem. We have so many amazing things happening, that we fail to see what we're giving up. It's hard to approach public policy makers on this issue because the problem isn't apparent behind the glitz of the latest tech gadget.

But we don't necessarily need to solve the problem globally to get good local results. Your home, likely, has ambient connectivity. No matter where you go, you're on the Wi-Fi. BYU, where I teach, has campus-wide Wi-Fi, in effect creating a bubble of ambient connectivity (if you can get past the security measures) over the entire campus. An apartment complex, neighborhood, or town could work to cooperatively provide connectivity that can just be assumed to be there.

This idea solves my garden problem, for example. I can see plenty of hotspots from my garden, just not the ones in my house (for various reasons). If my neighbors and I created a common Wi-Fi network we could create a more reliable and more expansive bubble of connectivity than we can working alone. What's more, with only a little more engineering, we could probably cut down from 8 or 10 ISP connections to just a few and save money.

I happen to live in a UTOPIA city, which means we have very fast fiber-to-the-home connectivity. The Utah legislature, at the behest of lobbyists from Qwest (now CenturyLink) and Comcast (who both also happen to contribute heavily to legislators campaign funds) ensured that UTOPIA was a wholesale-only network. I wish they'd just pay for it instead and treat it like we do roads. I think we'd all be better off.

Bob likes to say that we should be attacking root problems. That's how we make real impact. He's certainly picked a fundamental problem in zeroing in on connectivity. Until we get that fixed, the real potential of the Internet of Things will remain out of reach.