I've known Scott Howell for 10 years and find him to be knowledgeable, trustworthy, and smart. I'm voting for Howell for US Senate next Tuesday. 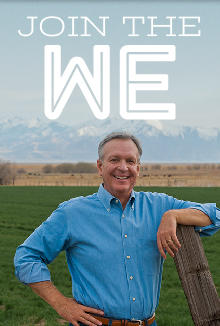 I am a lifelong Republican. I vote overwhelmingly Republican. I've had my differences with some of the policies of the GOP, but overall, the Republican platform more closely meets my principles than that of the Democrats.

That said, longtime readers of this blog will know that I'm no fan of Orrin Hatch. I think he regularly votes against the interests of Utah's technology community in order to vote for his friends in Hollywood. I entertained some hope that he would retire this time, or at least suffer the fate that Bob Bennett got but ill deserved. Hatch is part of the establishment and is so entrenched that he can't see how deeply he's buried. I can't in good conscience vote for Hatch.

I've known Scott Howell, Hatch's democratic challenger, for over 10 years. He honest, smart and someone I count as a friend. He's always given me good advice and been willing to listen when I needed help. I think it a good policy to vote for friends when you can. Moreover, I'm confident in Scott's skill as a legislator and heartened by his understanding of the world of high-tech. That may sound overly parochial, but as software is eating the world, that may be the most important—and lacking—skill we could ask of those who represent us.

Some party faithful will question my vote on the grounds that a vote against Hatch is a vote for a Senate controlled by the opposition. While I might vote for someone I don't like over someone I don't know or don't trust for reasons of larger legislative strategy, I think it a mistake to do so when the alternative is someone I both know and trust.

While I'm sure I won't agree with all of Scott's votes, I'm confident that he'll represent Utah better than Hatch. Consequently, I've donated money to Scott's campaign and I will vote for him next Tuesday. I hope you'll join me.