APIs That Call You

Different standards are required for different types of subscription or push APIs. The Evented API specification for point-to-point or entity-centric APIs. 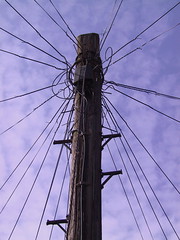 Ever since I heard Tibco's CEO, Vivek Ranadiv say that a database is like a phone that doesn't ring, I've used it as a way to describe why APIs should be two-way. Another metaphor we've used to describe this is by talking about "full-duplex" APIs, although there's a little mismatch with that.

There are at least three different modes in which an API might send data:

The first and second scenarios have specifications that are widely known, if unequally used. Continuous stream applications can use Cometd or Web sockets. PubSubHubBub (PuSH) is commonly used in broadcast-style applications.

Twilio is probably the best example of an evented API. They're using Webhooks, a good solution for this sort of thing. But many other point-to-point or entity-centry applications are using home grown solutions that tend to be used only by that one API. Take Fitbit, for example. I love my Fitbit, but their "subscription API" is "loosely modeled on PubSubHubbub (PuSH), with simplifications." Don't get me wrong--I'm glad they have one at all--but PuSH probably isn't the best place to start for this application.

Evented APIs are not meant to be used as continuous streams or broadcast subscriptions. They are designed for one-to-one or one-to-a-few interactions. Let's return to Fitbit. I'm a Fitbit user. I have an account. If I want to link my Fitbit account to some other online service where I also have an account, then an Evented API would be a perfect fit (bit).

There's nothing "wrong" with how Fitbit's doing it, but it's not standard. This is an argument about standards, not about the "right way." If we can all agree on a standard for point-to-point and entity-centric API interactions, we can start to create libraries for common programming languages and develop pools of expertise. Sam and I created the Evented API specification to solve this problem. Kynetx supports the Evented API, but the specification is independent and does not rely on any proprietary technology.

APIs that call you are relatively new and consequiently unfamiliar. Undersanding what type of subscription or push interaction you need to support will lead you to the best way to do it. We'll be taking the Evented API specification to a standards body next year. We'd love to get your comments. We'd really love for you to start using it and give us feedback based on real-world experience.